Jane Kelly is a Singer, Actress, Dancer, Model, Designer, Writer, Director, Producer and Entrepreneur. Her first love and main focus is Singing, Dance, and Acting. When Jane was three years old her father died in a car accident. As a young girl, Jane wanted to know more about her father and wondered what her father looked like. When she asked her mother to see pictures of her father, she had only one picture. The picture was of her her father holding her up when she was a baby, but you only saw the back of his head and baby Jane. This strongly impressed on Jane that you never know when the last time is that you will see someone, and you never know when your time will come. Jane decided right then and there that she wanted to share her beauty with the world, her voice, her smile, her heart, her thoughts, dreams, and something to make it better, something legendary, a legacy her children would be proud of. Ever since Jane has been developing her creative talents.

Throughout her childhood, she would be singing and dancing to every song that came on the radio be it pop, classic rock, or country. Jane has always loved to make her family and others laugh. Growing up she would do different impressions of actors and their skits or famous lines. During high school, Jane played Juliet in “Romeo and Juliet” in theater and a Supporting Actress in the movie, “The Haunted”. As a young adult while going to college, Jane would train six hours a day, six days a week in ballet, jazz, tap, hip-hop, salsa, ballroom, modern, belly dancing, Hawaiian, Pilates, yoga, and gymnastics. Along with Dance Jane did studies in Music, Real Estate, International Business, Fashion & Biochemistry. Jane has had training with Terry Ross Acting Classes the Nashville Songwriters Association International Songwriting Workshops Walter Eduardo Meneses Private Salsa, Tango, and Bachata Lessons Majesty in Motion Performance Training and Salsa Classes Derby Dance & Music Arts Argentine Tango Sword Fighting Horseback Riding and the ASCAP Expo Classes.

Some of her special skills and talents are singing soprano, pop, country, gospel, jazz, and chorus dancing ballet, jazz, tap, salsa, ballroom, tango, Hawaiian and belly dancing, swing, hip-hop, & country theatre improve and impressions. Jane has a knack for accents such as English, Australian, Irish, French, New York, Boston, Southern, and Country. Jane Kelly even won the “Spotlight Award” when she was in the Miss El Cajon Pageant in California. Modeling proved to be another way for Jane to capture beauty and creativity in time. Also, Jane has done fashion and commercial print modeling for Blindworm Guitars, La Sonrisa Latina Magazine, La Sonrisa Latina Fashion Show, and PB Bar & Grill Fashion Show. Doing Mystery Theatre with Amazing Entertainment for corporate and private parties is also great fun for Jane. She has had the experience of being a T.V. Show Extra on the Pilot and T.V. series “Veronica Mars” playing a teenager. In Brock Dain’s Music Video, “On and On” Jane Kelly was an Actress and Dancer. Jane can be seen in Justin Spicer’s GroupLuv commercial and his Sundance film “Persist” playing a member of an Alcoholics Anonymous meeting. In D.W. Alexander’s film “SpeedTrap” Jane as Lucy, is a young girl that is kidnapped and kept in a trunk. Jane was the leading character Astra Kalio Ashunitki, an Ancient Sumerian Egyptian Goddess Vampire on the Draco Ortus Vampire Series. In Thunderbolt, Jane is a leading character Sunshine Rider where she co-choreographed and performed a sword fighting and hand to hand combat fighting scene in four inch heels. 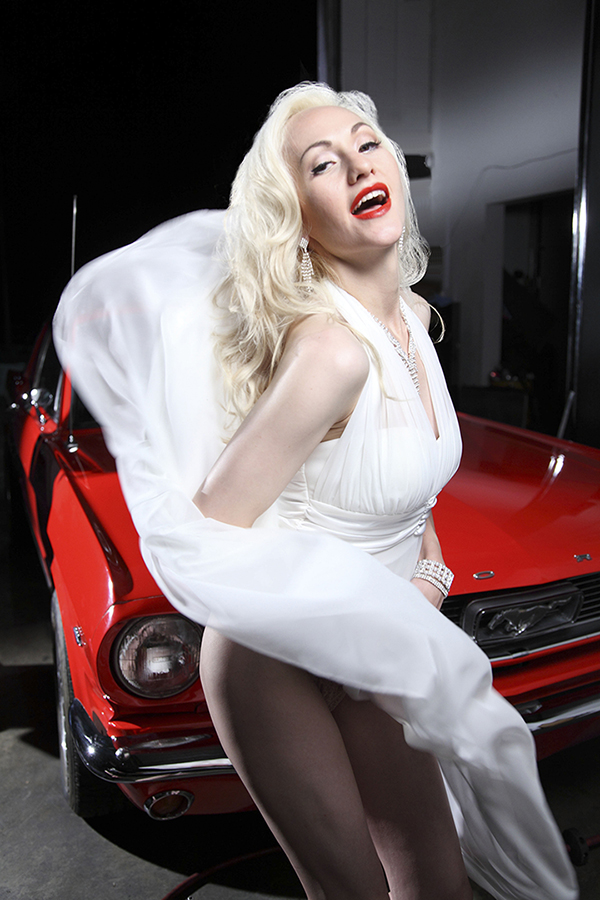