Marianne Green is the founder of Spherical Improvisations, a company is devoted to Transformation through Sacred Sounds.
Beginning her classical music education in early childhood, Marianne continued her life long study of sound and energy throughout college, where she received a BA from DePauw University, and during the 37 years she lived abroad in France and Switzerland, where she taught and practiced music. She speaks English, German, Swiss German and French fluently.
Marianne's great love has been the cello, performing in orchestras and ensembles and later becoming a licensed teacher for the Suzuki Cello Method. In 1980 she was licensed by the Swiss Department of Education as a teacher in Creative Music, an avant-garde program based on a project-oriented holistic approach to music. This work, along with the Suzuki method, profoundly influenced her whole concept of music education. Marianne taught at and was the Director of the Ruettenen School of Music in Switzerland for 8 years, while continuing to teach privately in her own studio.
For the past 12 years her interest has deepened into exploring the transformational power of Healing Sounds. She became a certified practitioner in Sound Therapy with Peter Goldman from England, and received certification in the Cosmo Therapy with Dr. Dietrich Guembel in France, whose book Healing through the Senses she translated into English. The Cosmo Therapy is a holistic treatment combining Sound, Color, Gemstones, and Essential Oils.
Marianne currently offers public performances, group facilitation, personal sessions, and recordings in Sacred Sounds. She especially enjoys collaborating in multi-media /artistic/spiritual projects enabling larger audiences to experience the profoundly beautiful and transformational power of Healing Sounds. She is also available for studio recordings.
Her first CD, Soul's Garden, was released in May 2005.
Current projects include collaborating on the use of sound with poetry, art, movement and meditation.
Please visit the website for a listing of recent projects that she has been involved with and to listen to a demo of her 'music'. 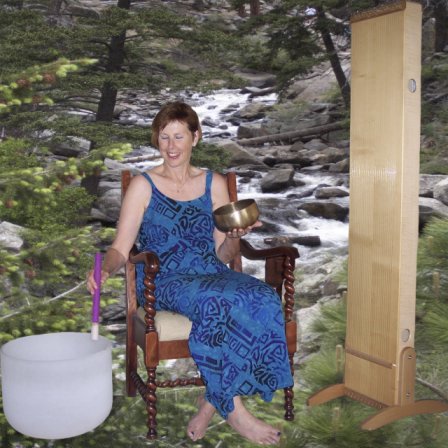 SIGN UP WITH BDA AND RECEIVE 15% OFF YOUR FIRST REGISTRATION!