Dave Bowden has been a television producer, writer, cameraman, and editor
on local, national and international news and documentary productions since 1980.

Dave has won some of the highest awards in broadcast journalism, as well as twoHeartland EMMY awards - in 2007 for RMPBS' "Colorado Spaces: Boulder" and for the Denver Public Schools' series "Getting to School Safely". (2010)

He conducts broadcast and corporate work as DaveBowden.TV, and is the founder of the Sustainable Media Network, which creates and distributes marketing, training, and education videos for sustainably oriented companies. Please see links below. 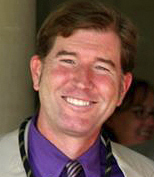