I'm a freelancer radio and video producer. I've served as a news director and I've taught radio production to youth and adults through the community radio station, KGNU and through Boulder Valley and Denver public school programs. Currently, I produce radio programs professionally for shows such as National Public Radio, Living on Earth, All Things Considered, and the Voice of America. I gather the raw sound, write the scripts, narrate them and do the production work to mix them, with Garage Band mostly, though I'm also well-versed in Cool Edit, Adobe Audition and Audacity. I've also been doing short video features for the Voice of America, gathering all the raw video, writing the script, narrating it, then doing the production mix in Final Cut.

I'm signed on to BDA to learn more about these medias and network. My main interests are science and health stories, community-based projects and ways to increase the ability of community members to share their wonderful voices and stories. 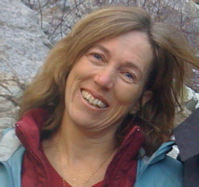