The name "RiMo" comes from a Tibetan legend of a shepherd who, so stricken with longing after dreaming about a beautiful girl who dissolves into a rainbow at his touch, carves her likeness into a rock while he watches his flock in the mountains. In this telling, "Ri" means mountain and "Mo" means girl in Tibetan language, but the word "RiMo" went on to become a catchall word in Tibet for what could be called "art" - but not without the concept retaining homage to beauty and ephemerality so akin to a rainbow…

Given all the suggestions in the legend of the Shepherd and his MountainGirl, RiMo Productions seeks to inspire its audiences and collaborators by delivering beautiful yet soul-wrenching embraces of the ephemerality of life. Through socially, environmentally and spiritually conscious productions, audiences will feel the impact of RiMo soul-deep, where their personal experiences of love, truth, life and death are uncannily illuminated by the struggles and lessons of others.

Tamar Victoria Scoggin, founder and director of RiMo, specializes in writing, producing and editing documentary and narrative films, and has worked on location in Tibet, China, India, Italy, Canada and the U.S. Through her formal training in anthropology (B.A., M.A., Ph.D), museum curation (M.S.), film writing, shooting and editing, Scoggin brings depth, nuance, dedication and vision to every project. She is the producer of the upcoming documentary "Journey of a Dream: A Heavy Metal Story of a Tibetan Refugee," (www.journeyofadreammovie.com) and is developing a feature film about the protests in Tibet leading up to the 2008 Beijing Summer Olympics, "Our Shadows Collide," that includes a vision of a post-Dalai Lama world.

As a testament to the breadth of RiMo's engagement with pressing issues, Scoggin is also developing films about archaeology in Colorado, the dying population of veterans of World War II*, horseracing in North America, taboos about procreation and sexuality - and even a psychological thriller / horror film about the nature of the soul in humans and animals.

*As of June 2010, Scoggin just returned from Italy where she accompanied six World War II veterans of the First Special Service Force to their old battlegrounds. "In the Time of Wild Poppies," the working title of the documentary to emerge from the journey, is now in post-production.

"RiMo" Image courtesy of Dedron, one of the only female contemporary Tibetan artists from Lhasa, Tibet. She is currently on exhibition at the Rubin Museum in New York City (http://www.rmanyc.org/nav/exhibitions/view/632) 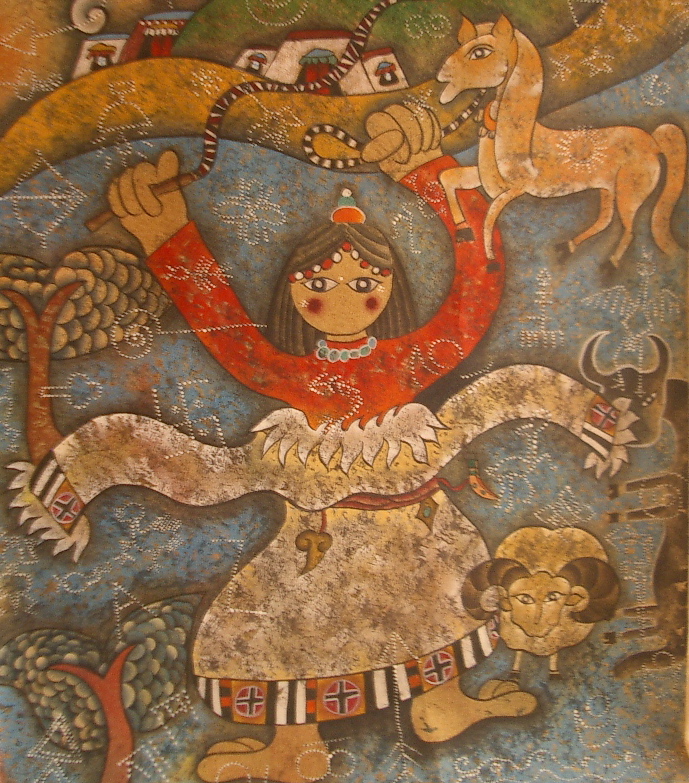