101 Media Productions is proud to announce the addition of a 2nd Sony XDCAM EX1 Professional HD "1920x1080" Video camera. With this acquisition we are able to offer 2 camera packages at very affordable rates. The package includes Senhieser wireless mics, boom mic and a full lighting package. The lighting package includes cool LED lights, florescent fixtures and traditional Ari kits.
The Sony EX1 is part of Sony's Cine Alta line of camera's able to shoot either 1080p or 720p video and offers incredible image quality and if you desire even higher definition it is possible to bypass the on-board compression and record directly to a Nano-Flash or KiPro Mini via the HD SDI port which gives uncompressed 10bit, 422 HD video. This is especially useful for Green Screen Shoots.
101 Media Productions was founded in 2000 and has been built it into a full-service production company and along with trusted partners has a proven record of serving clients' needs from creative concept through post production. Whether working on corporate marketing, non-profit fund-raising, or motivational presentations, Mr. Wright brings his 18 years of experience to the trade and delivers high-quality, compelling projects.
A short list of his clients includes:
- Growth Curve Institute
- Farmers Insurance
- RE/MAX
- Comfort Dental
- State Farm Insurance
- Habitat for Humanity
- BlueCross of California
- World Impact
- Boeing / Sea Launch
- Triumph Movie Network
- United Way
- Dish Network
- Universal Studio
- Nations Strategy

Prior to starting his own company, Mr. Wright was the director and chief editor for The Jewish Voice Broadcast for seven years. While there he directed and edited over 350 nationally broadcast programs which aired on over one hundred stations and satellites across North America. These productions took him to exotic locations all over the world: Israel, France, Moldavia, Russia, Ethiopia, Hungary, and India. He oversaw all aspects of these international productions.
In addition to his production duties while a staff member at The Jewish Voice Broadcast, Mr. Wright also supervised the design and construction of the broadcast studio, production rooms, and edit bays. He also researched and coordinated the application of all editing and computer graphic tools.
Mr. Wright has been a part of many award-winning productions, but he is most proud of the recognition he received from World Impact in the form of a Resolution of Appreciation certificate. This was not requested but was a nice self generated letter signed by the president and the entire board of this national non-profit serving inner cities throughout the USA.
Call Chris at 970-556-9112 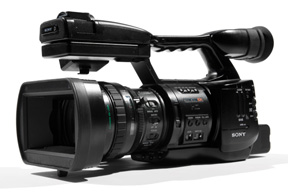