Nile Southern is a filmmaker from New York. Currently at work on a film about his father, screenwriter and novelist Terry Southern. Have numerous films (16/35mm and betacam) about artists, and have edited for DA Pennebaker (in NY) and Pablo Ferro (in LA). Clients include theatre companies, music labels, independent musicians, industrial, feature, documentary and more. Edits with FCPro and has HD equipment (Sony EX1). Available for hire as cameraman, producer, editer, sound-cutter. Also a script writer. His non-fiction book, 'The CandyMen The Rollicking Life and Times of the Notorious Novel, Candy' won BOOK OF THE YEAR in Colorado, 2005. Former Board Member: KGNU. Producing, grant writing, radio production it's all gooood. Let's get busy together! 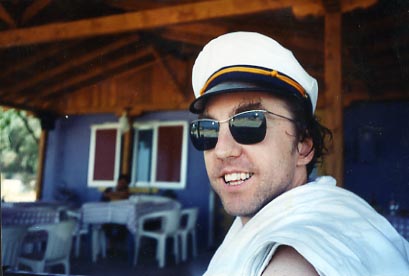