Important: This Class Will Continue To Be Held In-Person in Boulder, Colorado.

For high school students interested in working on film and video sets, this "Intro to PA Workshop" is a great first step! Scholarships are available - please email eileen@biff1.com for more information!

Goal: To give participants an introduction to the basic skills for working on-set as a PA (production assistant).

The Production Assistant is often called the most important and most thankless position in the world of film production. Working as a PA on-set of a film or video production is a vital skill to learn for your career. Not only do you learn critical skills, but you have a front-row seat to see practically all the positions on a film set. When it comes to needs on a film, TV, or live event set, the PAs are there to do whatever might be needed to move the shoot forward. And that truly means whatever the filmmakers need.

During this 2-hour workshop presented by the Boulder County Film Commission, and in conjunction with the Boulder International Film Festival, we'll cover the topics you need to know to work as a PA. The instructor, award-winning filmmaker Tom Parkin, has been working in the film, TV, and video production business since 1994, in roles from Production Assistant all the way up to Director. He'll be sharing his many years of experience, so you can start your career with a solid knowledge of the ins and outs of being a successful Production Assistant!

This project is funded in part by a grant from the Boulder Arts Commission, an agency of the Boulder City Council. 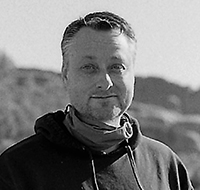 Tom Parkin is a Colorado-based filmmaker with over 25 years of experience in producing, directing, cinematography and editing. He currently produces and hosts the television series "Colorado Health Matters" on KDVR Fox 31 Denver. Through his production company Tom Parkin Films, he produces independent films, marketing media, and live-event video production for concerts, comedy, and film festivals.

All times are shown in Mountain Time.

If you see a register button above there is currently still space available.

Can't make this time? Click here to follow this class to be notified via email next time we schedule additional dates.

Be Notified The Next Time We Schedule This Event

Interested in this event but don't see a scheduled date that works for you? Click here to follow it. This feature will send you an email the next time we schedule it and it will also appear on your BDA profile page under Events I'm Following 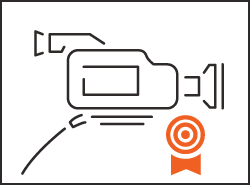